The idea is to map your dreams in visual form by generating patterns in relation to the Delta waves. Delta waves are usually associated with the deep stage 3 of NREM sleep, also known as slow-wave sleep (SWS), and aid in characterizing the depth of sleep. They characterize an unconscious state. By the end of a sleep cycle, we aim to print out the created artwork on a thermal printer.

Although we have unlimited ways to represent brain activity and so “dreams”, we chose to be inspired by the Typewriter Art because it is a metaphor that perfectly balances abstraction and concreteness. Reuse letters and language codes to create images, a process very similar to what our mind does when it combines logic and abstraction, or when our culture uses codes and symbols to represent and describe the world.

The drawing tool is programmed using the Random Walker and modified according to the brainwave values.

Here is a sample screenshot of the outcome. 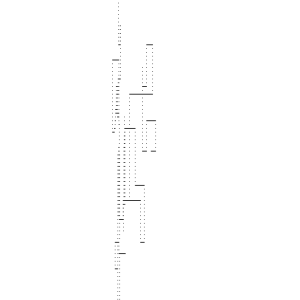 And here’s a link to the code in dropbox.

This code is now using Attention values to generate the drawings.  The intention is to apply this same method but using the Delta waves values during sleep.